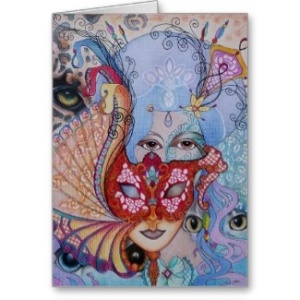 During my first year of college I took some Acting classes with Professor “B.” The best way to describe him was “clumsy at first glance.” Very tall with hair that had a mind of it’s own, a wrinkled shirt tucked into a belt that had missed a pants loop, his glasses sitting crooked in the middle of his too large nose, I remember thinking when I first saw him, “Oh boy, this is going to be interesting. How will I ever take this guy seriously?” Man, was I wrong.

From the first sentence of his first lecture he commanded his audience’s attention. We followed every word. Speaking forcefully yet encouragingly, something about him made you want to give his words your utter consideration. And as he addressed the class from his mark on stage, something in his attitude toward us said that he knew we’d want to listen, that we’d want to hear everything he had to say. He exuded confidence. And interestingly after that first incorrect impression I’d had there never again seemed anything ungainly about him. Yes, his hair remained mop-ish throughout the semester, his attire unkempt, the goofy glasses always crooked on his face, but there was no way that Professor “B” could be considered anything but a compelling, commanding presence after you had seen his demeanor in front of the class.

There was something about him, an ease and comfort in his skin, an air of confidence, a way he had of inviting you in to a place beyond the world of outside appearances, which took the word “awkward” absolutely out of the equation if describing him. He knew who he was in such a way that gave what anyone else thought about him nowhere to go.

Of course if you had told me thirty years ago how much this teacher would affect me I would have laughed and shrugged it off. Never could I have imagined how learning to be vulnerable in a theater filled with peers would have affected my life today, but suffice it to say it was the beginning of the journey to who I have become.

Over several months Professor “B” worked with each one of us, drawing us out. He asked us to trust a process as we emoted in different situations. Always motivating and seemingly tireless, he worked until each student had experienced some slight shift in their ability during a scene. He was able to transform his students, many of whom went on to work in the industry professionally, into convincing performers.

Back then, even though my outward appearance was gregarious and I never shied away from a script, I was deeply afraid and very shy. And although I had studied acting in New York City and spent time on commercial auditions and in plays before college, inwardly I was always driven by fear. I consistently worried, underneath any false bravado I showed, about how I looked to others and how my lines were received by the audience (whether on stage or off). Deep down I sensed that this self involved fear was holding me back, but I never imagined that others sensed it too. Until one day, when Professor “B” “called me on it” with an exercise that included only two lines of script:

My task was to come up on stage and “act as if” for the audience. To recite the lines to the theater audience of my peers and convince them, after him of course, that I meant what I was saying. To show with my body language, demeanor, energy, the expression on my face and in my eyes, that “I was not hiding.”

A simple assignment right? At least it would seem so and that’s why at first I couldn’t fathom why he pressed me so hard on it. That is until I was standing on the stage in the moment after I “got it.”

“Nope,” he said, gesturing for me to do it again.

Over and over I recited the line as over and over he remained unconvinced. Frustrated beyond measure, I remember sweating profusely and being confused with the effort I was expending, knowing that the beads of perspiration had nothing to do with the hot stage lights. And after every recitation of this one simple line he’d look to the audience below and ask, “What do you think, does she? Does she want us to know her?” And each time the collective response was “No.”

I tried everything I could think of to be convincing during this, the college Acting exercise that I will never forget. Head tilted then straight. Hands on hips then off. Shoulders back then forward. Chin up then down. I couldn’t figure out why he was being so hard on me. “Why wasn’t he believing me? “ “Why weren’t they believing me?”

“Look,” he said, “I am not letting you off this stage until you convince me, do you understand? And for the record, this is going to be worth 10% of your final grade.” “WTF,” I thought as he continued. “Tell me your line and make me feel it as you are saying it. I wouldn’t be pressing you on this unless I knew you had it in you. Make me feel it. Convince the class that you mean it!”

And in that moment I remember hating him to my core, but at the same time being oddly grateful for him. I felt pushed beyond a place I wanted to be pushed to, but somehow I knew it was because he believed in me and was merely asking me to do the same.

So, I tried again as this awareness kicked in. And I remember being conscious of a place somewhere down inside of me, very deep inside of me as I realized what he was trying to show me. It was not about the words. It was never about the words but about what lived behind them. I knew that he was looking at me and seeing potential and asking me to see it myself. He was asking me to see that it would be OK to let the audience in. To allow them to see through the fear to my willing spirit, to my core of emotion, to the place of surety with my lines and with myself that he believed lived in there somewhere. I also became aware somehow that this exercise would have value that was worth quite a bit more than 10% of a college grade.

I shifted my weight again, then bent over and flung my hair back and forth a few times to regroup a bit. I stood up, forgetting about the audience and thinking “Professor Who,” and for an instant I focused quietly (sweating even worse by now) to feel my lines before saying them. I reached inside to a place I couldn’t remember being able to reach before or in fact even knowing was there before as I said:

“I want you to know me, I’m not hiding,” and tiny tears trickled down my face.

And it seemed like an eternity before he began to gently clap and I remembered his presence. An eternity before I realized that everyone else was clapping too and that they were on their feet giving me a standing ovation.

And in that instant, for the first time in my life I knew what it felt like to not be hiding, even though I never before knew I had been. I stood raw and unafraid and absolutely comfortable in my skin. It was amazing. And I knew it was just the beginning. I knew that there would be many more moments just like this one, whether on or off a stage. And now, years later, gratefully and gracefully I can say there have been.
“I want you to know me, I’m not hiding.”
And that, I have learned, is what it is all about.