I said goodbye to New England over the past few weeks and it hit me hard. Although I moved away eight years ago, a friend’s guest room in Connecticut “had my name on it” and the welcome mat of my son’s Boston apartment regularly welcomed me, so I still had two great places to “hang my hat” whenever I was inclined to come up north for a visit. I realized with my Adios that I had only said Hasta la vista before now and over these weeks I have been digesting this while helping to pack up both of those cozy havens, filling boxes and bubble wrapping artwork for their next homes, one in Central Florida and the other in Southern California. Not until I got in the car to drive away from both these “second” homes, did I feel the full effects of their loss.

The house in Connecticut “closed” and the last box in Boston lay ready for the moving truck as I headed south to spend a little time in my hometown of Breezy Point, New York. Driving past the Copley exit on the Mass Pike, emotions gripped me, ones so guttural that I almost had to pull over. Thankful for leftover Starbucks napkins in my car’s console, I wiped the tears before they hit my lap and kept on keeping on along the highway. The salty drops wanting to fall were ones of love and joy, of sorrow and regret, of success and failure, laughter and grief. They represented feelings never felt and others addressed but clearly not fully processed until now. There were also tears of hope and promise as I thought of my son and his fiance, about to begin the next leg of their journey across the country as he focuses on a job promotion out west.

The sentiment surfacing as I watched the city disappear in the background was simultaneously gratitude and resentment. The two coupled might have confused me in their pairing but I understood that the latter was just an old habit trying to insist that I cave and turn it inward. “No thank you,” I have too much practice now in gratitude taking precedence over the tug of resentment around past choices. The feelings rising from deep inside me were overwhelming in their own right, but together with the breathtaking view quickly being relegated to the rear view mirror, they could have unnerved me if not for all that I have to look forward to back at home, the one my husband waits for me to get back to down south.

Still, tears pressed at my eyes until they were no longer containable by a few measly brown napkins. They were ones of grace, of holding on and letting go, forgiveness and understanding. Tears of loss for former homes and decorations left behind, for reminders of walks to work at 100 Federal Street, to coffees on Newbury Street, shopping on Greenwich Avenue and ice creams with friends at JP Licks. As I cried, finally unabashedly, it was for what I didn’t know when I lived up here that I wish I had and for what I did know that I sincerely wished I hadn’t. I cried for love covered in fear and fear covered in anger, for defenses, offenses, boundary lines and lack of each. For a devastating miscarriage, nine years ago while living here and for my healthy grown son who will always my little boy no matter where he lives, no matter what.

The tears spilled for all that took place in New England and for all that might have been so long ago. Wait, was it really a mere eight years ago when I left? It seems like forever.

This trip that I have been on, up here in New England, a journey a month in duration covering tracks back and forth and back and forth again Connecticut, Boston and lastly New York has been a lifetime in itself. All that transpired over these weeks, leads me to believe that the universe is conspiring to put things in place for me. In jest (I think) I was asked whether I was ill, because I was told that from the outside looking in it seemed as if I was getting my affairs in order. Situations crossed my path offering chances for amends, both mine and others, in such a way that God was clearly asking me to work at dotting and crossing some as yet un-dotted and uncrossed i’s and t’s in my life. During these weeks, had I been a witness, I would have watched myself right-sizing things before my eyes and although I was the main player, what was happening around me was absolutely orchestrated by the source I know as God and his universal actions.

The simultaneous letting go of both of my havens in New England was perhaps nothing short of divine intervention. Each brought with them opportunities to be of service and to say goodbye to the Northeast and hello to Florida on yet a deeper level. The serendipitous events happening so regularly during my recent stay made it so that all I could do was chuckle at God’s grace. Things like going to see my childhood home and witnessing it standing ready for a tear down felt like some sort of last hurrah moment and the smell of honeysuckle in the backyard took me back, so far back.

Impromptu conversations were filled with blasts from the past, as I bumped, literally, into old friends, a former beau and even my ex-husband (no joke). All of these occurrences seemed part of some divine plan for my future peace on an out of this world or other dimensional level. To top things off, I spent many hours with my very first mentor who is terminally ill and she so clearly said a graceful goodbye to me on our last visit, even before she leaves this earth, with her eyes and the squeezes of my hand.

The bicycle rides my cousin and I took some mornings were among the best parts of my time here. We covered turf I knew by heart as a child, turf that now looks different but still hosts so many memories. As we rode, I recognized that home has really been so many places for me. Getting to spend time visiting the town I grew up in, the one rebuilt and reborn after a hurricane named Sandy’s devastation a few years ago has helped me to come home in my heart. Within all the pieces and parts that took place over these past thirty days or so, I recognize that I am truly committed in my efforts to maintain a purposeful life no matter where my feet are or where they will be going forward. 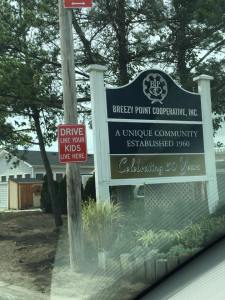 I am on my way home today; headed south after packing and carrying, moving and cleaning. Heading back to where I happily live after spending time trying to be available to the friend with the guest room and to my son (and his fiance) who always stood at the doorways of their houses with open arms. The boxes we filled with fragile things will be trekked south and west across the country. Glasses wrapped tightly await wine and lemonade of future guests in new dining rooms and on new porches. Framed photos in tissue now, will soon be on new walls or old relocated bookshelves. They will say, “Remember me, this moment, this Kodak one, the one you captured in my smile when we were in that other place?”

As I drive away from Boston now, for good, or at least for now for good, I wonder if perhaps someday I will live here again with my husband, near to some of our future grandchildren. If so, however it will be several years away, so for now my son and future daughter-in-law head to California, my friends to the sunshine state and I … I drive towards home. I head home to my husband who never once asked me to come back before I was ready to during these eventful weeks. My husband who understood that I needed to pack every box I packed and to wrap every glass I wrapped in paper, even though they were not even my glasses, my boxes. I needed to touch everything I touched before it went onto a moving truck, not just the one that would be driving these things to their next destination, but the quasi-moving truck in my heart.

Yes, I am on my way home now thankfully, satiated in my heart in so many ways. This trip has been exhausting but I would not have changed a moment of it. The time I spent with my cousins, brothers, nieces, nephews, childhood friends and mentor could never be valued because they are priceless. Thank you that I got to say goodbye during two funerals that took place while I was here and may those help me to remember how fast it all goes. Thank you for so many things that have fallen into place in my life, these past few weeks and even before. Thank you for the order that has been availed in areas apparently needing order. Thank you that I am not sick, whew, but “oh so well” and oh so joyful. Thank you for readiness for the next chapter, the one I pray will be a healthy happy one for all of us travelers, wherever we are, wherever we go and wherever we come home to.