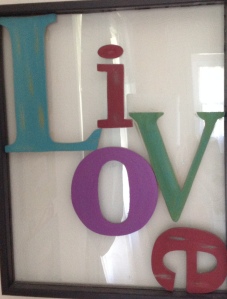 Have you ever met someone and felt an instant connection? One that seemed to go beyond the moment and circumstance? Has there been a time where you felt drawn to a person, or put off by one, in a way you simply couldn’t understand? Is there anyone that you trust so utterly, that it seems as if you knew them before this life, in some other place or time?

I have quickly been both pulled towards and turned off by other’s energy fields often. Sometimes, what I sense is full of light and love, while at others it is extremely standoffish, but always I feel it. And the determination I make, using the force they are often unaware of giving off, typically happens within the first few minutes of meeting them. There is an unconscious, yet very aware decision. A moment when my spirit opts either to proceed or pull back, when it feels absolute comfort or “danger, Will Robinson. And this choice, at least for me, is a direct result of all the lessons and soul to soul exchanges experienced over all of my lifetimes, culminating in this one.

I know as I write, that it’s a risk to put this “out there.” Lifetimes? Really? As if we have more than one. I can hear the skeptics now, but “Yes, lifetimes.” And I am utterly comfortable expressing this, especially since I have seen more than one of my own past lives through three encounters with the awesome Dr. Brian Weiss. The most recent was last weekend at a workshop in Ft. Lauderdale.

It had been a decade since I’d been in his energy field and undergone a regression. I was excited and hopeful that I would “go back” once again, and was curious about where and when a past life memory might take me if I did.

As it turns out, the first experience was intense. I “came to” with tears streaming down my face. Tears of joy and gratitude, because I’d visualized a life with my “today” husband and four grown children. In fact, between us, in the here and now, we have three. The scene took place in the twentieth century, and not the sixteenth as my last regression years ago had. In the moment I awoke to Weiss’ count, I was holding my husband’s hand feeling completely sure and comfortable. Totally nurtured and absolutely loved, I “awoke” with an overwhelming feeling of security. With the utter validation that all is right and good in my world today, in this life.

The next experience was an exercise we were asked to do with a stranger. We were to turn to someone in the audience and borrow an object from them, something they’d owned for a long time, to draw a sense of energy from it. The man next to me gave me his watch, saying that it’s been on his wrist for years. As I held it, and entered a meditative state with Weiss’ direction, I found myself seeing pieces of this man’s life. I couldn’t explain how or why I was envisioning these things, but when I shared them later, the exchange was incredible. I was nervous to express what I saw, afraid that none of it would make sense and that I’d simply willed myself to see something. I couldn’t explain any of it, but decided to simply convey what came to me.

“I saw a very shy little boy with an older woman. He was clinging to her and didn’t want her to leave. It was obvious they were very close as she kissed away his tears.” “I saw a man jogging in a gray sweatshirt. I saw him wearing a white coat, a doctor’s coat. He was teaching other doctor’s something.” “Then, I saw a funeral and a casket. He is completely broken up, but he is trying to be a “rock” for everyone.” “I am a doctor,” he responded, smiling sheepishly. Our eyes connected and both of us were taken aback. “In my regression earlier, I was at the first day of kindergarten crying. My mom was holding me because I was too shy to stay there without her. I was terrified.” He continued, “We, my wife and I, are here today to try and process our grief over losing our son last year. It has been an incredibly difficult time for us.” His face and demeanor softened as he spoke, as he opened up to me. He seemed surprised at what he was sharing with a stranger, but I could tell somehow that it was helping him.

So, what does it mean? This moment shared of energy exchange? And how could it happen that I saw these things, simply by holding a person’s watch? I don’t understand it, but I trust it.

After the workshop, we turned to each other to say goodbye. His wife smiled and thanked me. I understood and thanked them too. In that instant, when I saw her face, I felt compelled to give them something to remember the experience. I could tell they had been moved by it. I pulled a large coin from my purse, a medallion with roman numerals on it. “I want to give you something,” I said as I handed it to her. “You may not understand this ‘coin,’ but it represents a whole lot of moments of grace and support, of fellowship and energy for me over many years. I’d love you to have it.”

Tears streamed down her face. “I know exactly what this is and you have no idea how special it is to me. Our thirty year old daughter was sober for a long time, but she is struggling again and we are very worried about her. It’s been such a tough year for our family and so, I will treasure this.” And with that, we went our separate ways.

And I knew that the day’s exchange, that small moment of shared energy within the universe was supposed to unfold. That encounter of hope and light between three souls that although not fully understood, was sure to stay with them for a long time to come.

I am grateful for the reminder that it is all, all of it, about energy. About paying attention to the energy fields around me, the ones that I am drawn to and the ones I am not. About using my own energy for love and even to make a difference, even if only for a moment. I know that it is about saying “yes” to the energy of possibility and “No” to energy that doesn’t feel quite right. About warding off what takes and doesn’t honor. And I pray daily to be reminded that all of the energy around me is here to offer something. Some lesson to be learned from paying attention to it.

For today, I will look for the positive and beautiful that is all around me. I will feel it’s current, tap into it allowing it to draw me in and hope to pay it forward. It is there waiting to be shared.

As for my past lives, I look forward to learning more about them, all of them.

1 thought on “Many Lives, Many Moments”